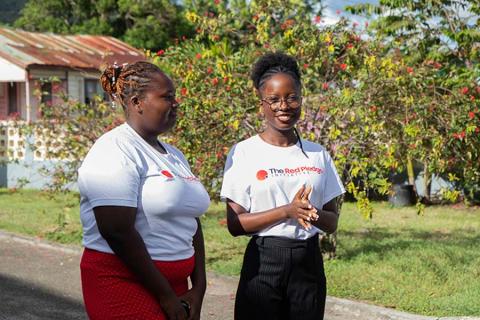 Shavani Stewart is an ambitious Antiguan young woman born of Moorish-Jamaican descent. She graduated from the Antigua and Barbuda International Institute of Technology (ABIIT) where she majored in Information Technology. She is currently undertaking her path to leadership as Chairperson and Founder of the Red Pledge Initiative.

D'jorné Davis is an Antiguan currently in her graduating year at the University of the West Indies Five Islands Campus where she is pursuing a BScN in Nursing. She attended Antigua Girls’ High School prior to her enrolment at the UWIFIC. She is a board member of The Red Pledge Initiative where she shares her medical insights into the projects they create.

What is the Red Pledge Initiative?
The Red Pledge Initiative (TRPI) is a non-governmental organization that supports women and girls in crisis. Its broad focus is period poverty which includes menstrual rights, reproductive rights and menstrual health management. The Red Pledge Initiative’s mission is to provide support and education to women and girls who are adversely affected by period poverty and other crises that impact their health. The strategies to accomplish their mission include contributions, collaborations, donations, and calls for changes to legislation, policy and bill proposals. In addition to this, they create awareness of effective menstrual health management and promote education that reduces stigma and shame toward people who menstruate. 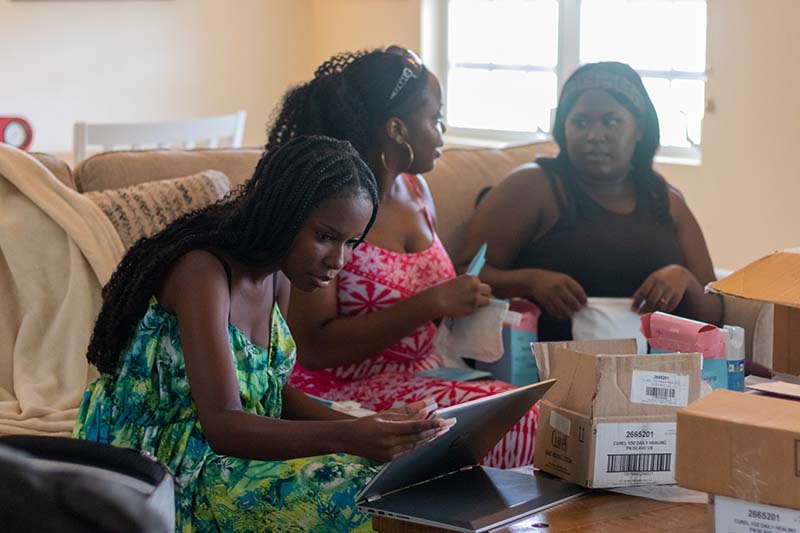 There are two reasons that fuelled their passion for creating this organisation. Firstly, through second-hand experience, Shavani learned about how period poverty affected one of her relatives during the pandemic. Secondly, in 2020, Shavani and D'jorné attended Young Women in Leadership – Antigua and Barbuda (YWiLAB), an in-depth training programme on transformational leadership, inclusive decision-making, and parliamentary procedure. In partnership with the Parliament of Antigua and Barbuda, it was organised by Caribbean Women in Leadership (CIWiL) and ParlAmericas. At the end, YWiL participants held debates in both the House of Representatives and the Senate, representing the first all-women parliamentary sitting in the country’s history. During parliament, YWiL parliamentarians addressed issues like period poverty and women’s reproductive health, taking the COVID-19 context into consideration.

“After our training with YWiL, we felt the need to actually do something and make a difference,” said D'jorné. “And it was something that we were passionate about.”
It took them two years to get funding, facilitate documents, and obtain an institution to house their funding. D'jorné further noted that “It’s something that’s not widely known or spoken about here in Antigua, so we just wanted to bring awareness and help persons in need.”

What Has The Red Pledge Initiative Accomplished?
On May 28th 2022, World Menstrual Hygiene Day, TRPI donated toiletries and menstrual hygiene products to the women’s unit of Her Majesty’s Prison and the Clarevue Psychiatric Hospital. “They were very grateful because women with mental illnesses and incarcerated women are often overlooked when it comes to donations,” said Shavani. 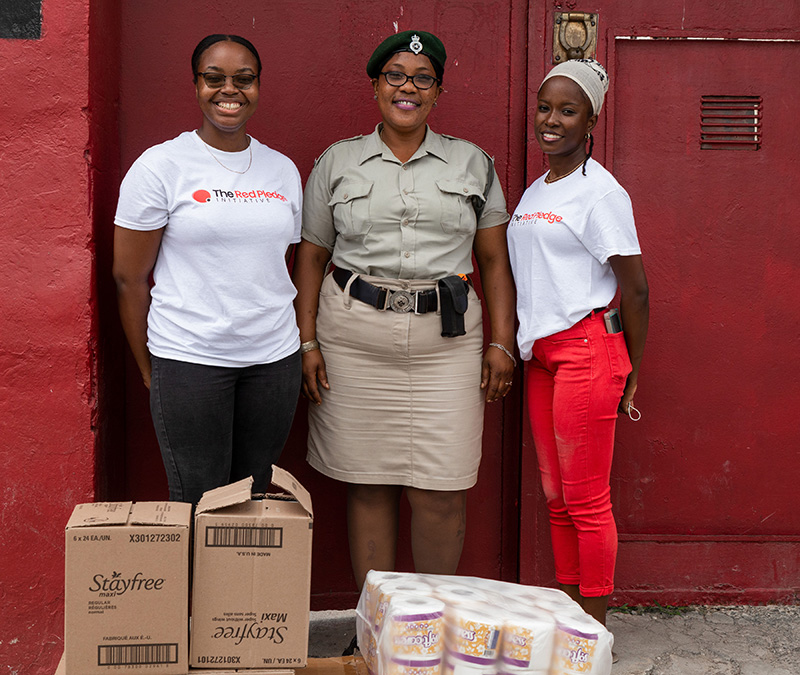 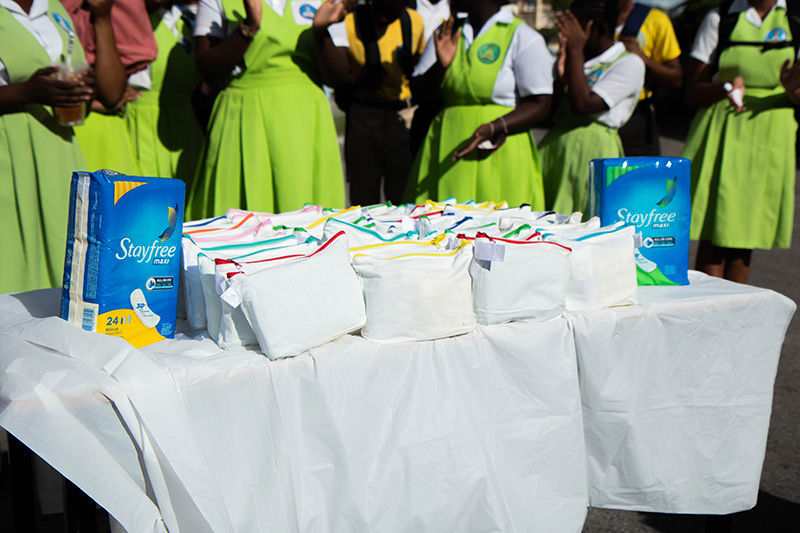 In August, TRPI organised a Back-to-School initiative in support of rural schoolgirls at the Irene B. William Secondary School and the Pares Secondary School. They curated hygiene pouches which contained necessary products for managing their periods like pads, body wipes, and hand sanitizers. According to TRPI, schools in rural areas are often left behind when it comes to the distribution of resources. “It’s usually schools within the city area that are being paid most attention,” said Shavani. 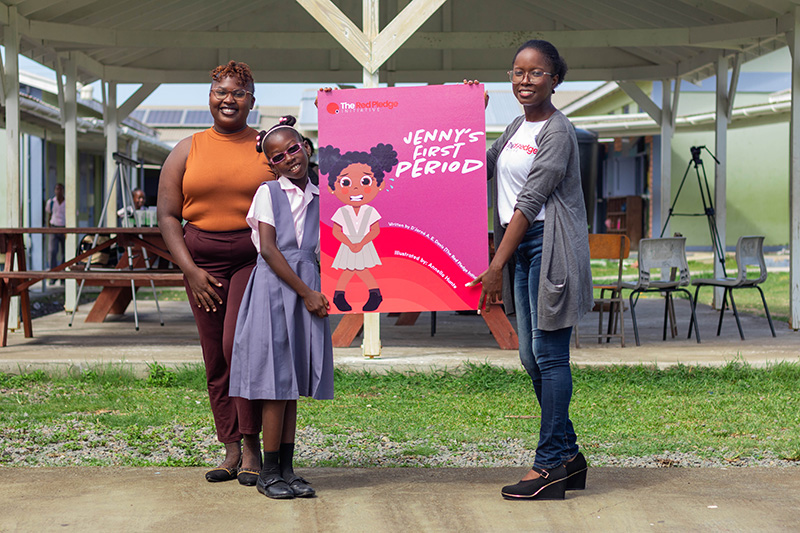 On October 11th, International Day of the Girl Child, TRPI collaborated with Valerie Williams, a Registered Nurse and Co-ordinator for Non-Communicable Diseases at the Ministry of Health, Wellness and Environment. Using a story-like presentation, they introduced a character named Jenny to educate girls from fourth to six grade at the Seaview Farm Primary School about their menstrual cycle. They also donated menstrual and hygiene products to the girls. “They were so receptive towards our character and story,” said Shavani. “It put a smile on my face because it’s something that I needed at the time but didn’t get.” “One of them even expressed how grateful she was for this information because she said that if we didn’t come and tell her, she would have never known,” shared D’jorné. “And that’s because it’s very hard for us to speak about these things –they’re seen as taboo.”

In the future, they plan to publish Jenny’s story as a book and donate copies to school libraries so that teachers, parents, and children have access to it. For TRPI, it’s pertinent to ease girls into learning more about their bodies so that they are not ashamed of something that happens naturally. They also emphasise the importance of eliminating colloquialisms when talking about periods and ensure that their storytelling does not include jargon.

How is Menstruation Related to Human Rights?
“Firstly, it’s not something we choose to do,” said D’jorné. “The fact of the matter is that we have to pay this extra cost for something that naturally happens to us. I think that it’s something that should be completely free.”
In addition to this, TRPI believes that healthcare is integral to a person’s well-being and that we are not doing enough as policymakers. “We should be doing as much as we can as policymakers and decision-makers to make sure that these things are accessible to our citizens,” said D’jorné. 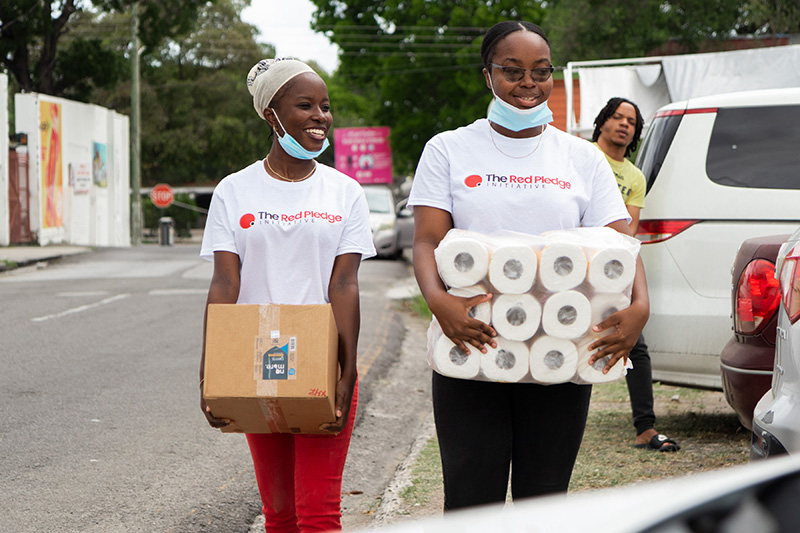 How can people in the diaspora and within Antigua and Barbuda get more involved?
According to TRPI, we can get more involved in the promotion of effective health management through education, supporting our local grassroots organisations, doing community outreach, and pressuring our legislators and constituent representatives to adopt gender-mainstreaming policies.
In the future, TRPI hopes to expand to Barbuda and eventually to other Caribbean and Latin American nations.