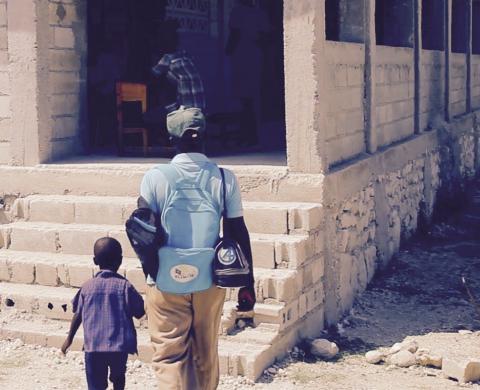 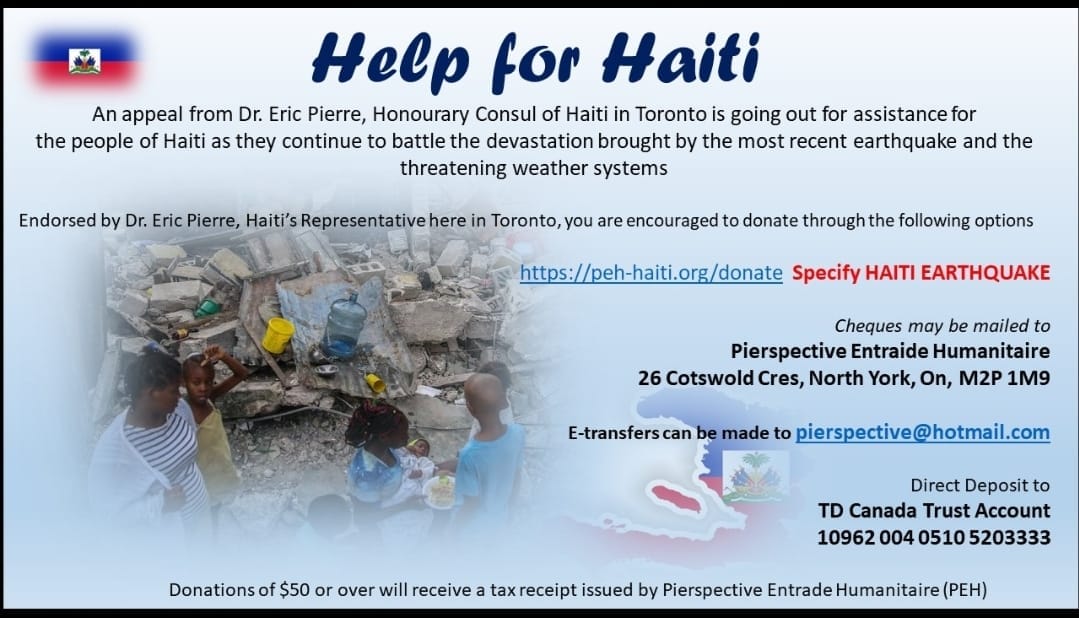 Pierspective Entraide Humanitaire is a registered Canadian charity, formed in 2002 by Dr. Eric Pierre and members of the Haitian community. Our mission is to assist the less fortunate particularly the young and elderly.
Since 2002, Pierspective, working with our partner RIVACOM, in Haiti, has ensured that supplies and monetary donations sent by Pierspective reach those who were in greatest need, especially seniors and orphans located in the rural areas of Haiti.
By 2008, Haiti was battered by four hurricanes, the worst damage done by hurricane Jeanne which hit Gonaive and 3,000 people lost their lives. Pierspective through the support of the Haitian community responded to the challenge by organizing a fundraising drive collecting donations, clothing, food and much needed medical supplies donated directly to the Haitian Red Cross.
Pierspective has raised funds to assist an orphanage, "Enfants d"Haiti, mon Frere" and a shelter for destitute seniors, "L'Asile des Demunis" in the Northern District of Haiti.  Proceeds from two fundraising galas are being used to help refurbish the kitchen at the seniors’ home.
Computers, books and desks were sent to Haiti just before the earthquake on January 12th, 2010.
Pierspective Entraide Humanitaire has no paid staff and therefore administration costs are very low. 100% of funds collected are donated to the Haitian Red Cross and other charitable organizations in affected areas and for the storage and transportation of donated goods within the city.
Pierspective Entraide Humanitaire is located at 902 Bathurst Street,Toronto, M5R 3G3l
Email: Pierspective@hotmail.com
Telephone:  416-538-3282 https://peh-haiti.org/
Tags
antiguabarbuda-newsmag