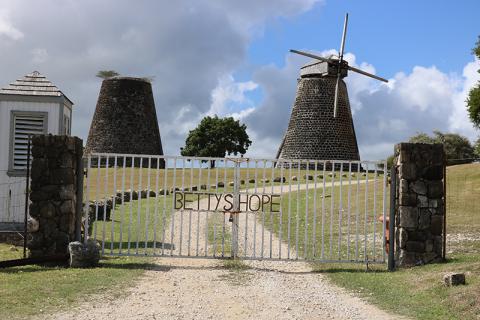 My recent trip to Antigua & Barbuda included a visit to the historical Betty’s Hope sugar plantation established in 1650 shortly after the island became a crown colony. It was the first large-scale sugar plantation to operate on the island and belonged to the Christopher Codrington family from 1674 to 1944. He named the property Betty’s Hope after his daughter. The emphasis centered on sugar, following the earlier dominance of tobacco, indigo, and ginger crops. The estate was managed by European, but the basic hard skilled and unskilled labour was provided by African Slaves, which bought accolades to the estate. 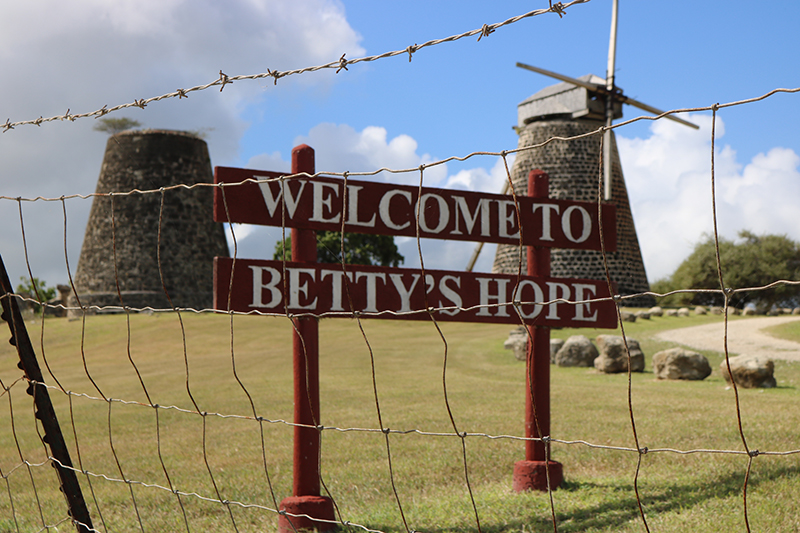 Then in 1834 the slaves were emancipated and they continued to serve the estate as freed labour. In 1944, Betty’s Hope was sold by the Codringtons to the Antigua Sugar Estates Ltd and now is no longer operational as a plantation however, at this time many of the structures including twin windmills, The Great Estate House, the boiling house where sixteen copper hoppers were used to boil cane juice to produce sugar are being restored initiated by the Antiguan government. The buildings are being developed as an open air museum managed by the Museum of Antigua & Barbuda. As a result Antigua doesn’t depend on sugar anymore but is now more dependant on tourism, and Betty’s Hope now remains a part of this economy