Part 2 Becoming a Republic: The Case for Antigua and Barbuda 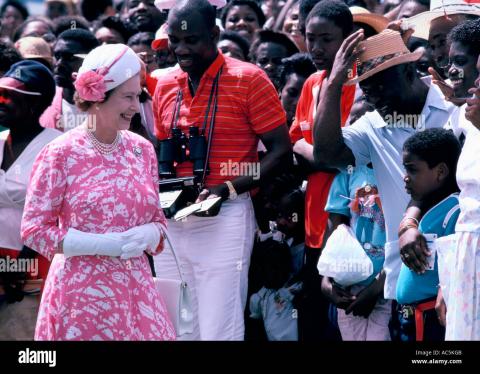 In this interview with Kieron Murdoch, we explore the process of becoming a republic, its significance, and how republican status would impact Antiguans and Barbudans. Born in Antigua and Barbuda, Kieron Murdoch is a recent graduate of UWI St. Augustine, with a first degree in Political Science. Murdoch is also the producer and host of ‘The Big Issues’ at Observer Radio which runs on Sundays from 1pm-3pm.

Ava: What would Antigua and Barbuda look like as a republic?

Kieron: If I speak to the issue of what impact it would have, basically we’re gonna take the constitution, scratch out the line that says Queen Elizabeth II, and put in the word republic. What is that really gonna do? It’s not gonna do anything, it’s just gonna be a superficial change. I think that the greatest impact of moving to a republic has to do with our image of ourselves. It would be a step further in distancing ourselves from a very colonial and a very British history, which while it is very much a part of our culture, we cannot separate ourselves from the history of the British empire because that has been so much a part of what we are now. Our language, our customs, the way we choose to eat, our religion, our church, and so on. Those are things which in many respects we may still be proud of for certain aspects, but there are other aspects which we are not so much wanting to keep, elevate and celebrate. I think one of those aspects that generally most people are happy to not celebrate is the fact that we have a British monarch who still retains the status of Head of State.

I think it is more of a psychological step in that it gives people a sense of pride to know that their nation no longer has as its Head of State a line, a family, a tradition of individuals, who have been the Head of State throughout the entire period of colonialism. The change to becoming a republic is more an issue of pride, something positive within the national psyche, rather than being something that is actually going to net material or economic benefits. It would be something that many people would argue would be an uplift to the national image and the way in which Antiguans and Barbudans perceive, understand, and present themselves. The majority of people in Antigua and Barbuda certainly hold no allegiance and no particular liking towards British monarchs.

The monarchy is often seen as a symbol of the British empire and the history of the British Empire for Antiguans and Barbudans has more so than anything else been a history of colonialism, colonial oppression, classism, workers’ struggles, and enslavement. So the period of British imperialism is not something that Antiguans and Barbudans (as mainly Afro-descendant people) are routinely celebrating. The idea of continuing to have British monarchs doesn’t sit right with a lot of people. It doesn’t impact them in their daily lives or prevent them from earning a living. Rather it is psychological, in our psyche, and for our national pride. It is a change I think a lot of people would agree with. With that being said, if you were to actually put it to a referendum, you might be surprised to the extent political parties in Antigua and Barbuda can diverge on matters that you might assume are clear-cut and logical.

Ava: What would it mean for the country as a two-island nation?

Kieron: The main change would be in the national psyche. It would be one more step of removing those remnants and vestiges from being a part of the British empire— with all the symbols, titles, names, honours and observances related to British imperialism that is important to Britain. It would be another step of removing those things and replacing them with something that has more national relevance and ethnic relevance to the people of Antigua and Barbuda, as a people in and of themselves.

Symbols do have meaning and they do have strength. For instance, if you raise a child in Antigua and Barbuda, the very fact that they are made to understand that their nation exists as a sort of a half-independent state or 99% independent state where there is self-governance, the people of the state are sovereign in the sense that there is democracy and they elect their own government. At the same time, there is a Head of State that doesn’t live in the state, has little to do with the daily affairs of the state and does not really represent the state at any level. They represent the past history of the state which was the state as a colony… a period of time which we don’t reflect on with much pride. We reflect on it as a period we are happy to have left.

Ava: Would you say then, that becoming a Republic, is solely symbolic?

Kieron: It is. We have to be frank and honest about it, but I would argue that the symbolism matters; symbols do matter. What we see around us and how we interpret things does in fact matter. The statues around us that we see every day tell us who are the relevant persons in our society and it matters. It tells us who the relevant persons are in our history. The monuments we see, the plaques, all the different aspects of heritage that are physically in place in name, title, and description, give us a sense of identity. Those things are important.

For instance, if I see a statue of Tim Hector every day as I’m growing up and there are things around me in name and practice dedicated to him and his memory, that gives me a sense of what my country is about and a sense of identity that is valuable to me as an individual. If I see a statue of King George V or Queen Elizabeth II… that has an impact on me similarly. It gives me a sense of respect and a sense of regard for the British empire, for British monarchs and for the colonial history of Britain. But what good is that to me? I’m an Antiguan, I’m not British. So you might as well replace those symbols with symbols of your own that are of actual importance to your people.