A kayak expedition around Waitukabuli 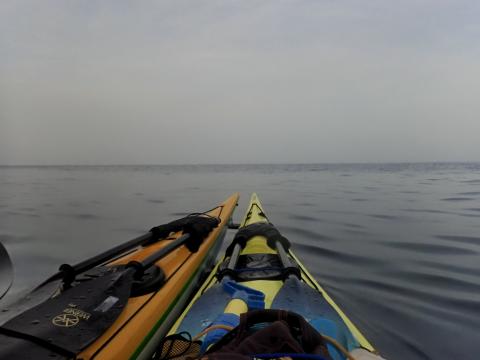 On September 1st, 2021, two kayakers successfully circumnavigated the Caribbean island of Dominica. Dominica, also known as Waitukabuli in the Amerindian native tongue,  translates as “long is her body.” Our kayakers, Weston Moses and Kerry Alleyne, residents of Dominica, certainly came to know the truth of that translation over an expedition time of 4 days and 7 hours. Covering a total distance of 138km of coastal waters, the two paddlers experienced the “nature isle” of the Caribbean in a way no one has since the Kalinago people would’ve done making their way throughout the Caribbean, centuries ago, in dugout canoes, prior to the arrival of Christoper Columbus.

Wes, as he is more informally known, is a former Peace Corps director with responsibilities in the Eastern Caribbean region.  Having now retired from the Peace Corps, he currently resides in Soufriere, Dominica and is a co-owner of the “Soufriere Guest House.” A keen paddler for over 15 years, his dream has been to circumnavigate a Caribbean island. He thought that opportunity would’ve come in Jamaica or even St. Lucia, where he had been stationed for work, but the opportunity came in his third Caribbean island, Dominica, where, at 50 yrs old, he now runs his own business.

Living in Soufriere, Wes met his co-kayaker, Kerry Alleyne, a local Dominican. Kerry is a success story in his own right - a once juvenile delinquent turned kayak tour guide and now a Marine Warden of Dominica’s aquatic wildlife and activity playground, the Soufriere-Scott’s Head Marine Reserve (SSMR). Although having been an avid, local championship-winning kayaker during his teenage years,  Kerry, at 35 years of age,  wondered if he was too out of things to get back into kayaking the way he had in his younger days.

Those days that Kerry remembers, were pre-jet ski’s and pre-motorised leisure crafts when kayaking was a big deal on the island. The kayak races that spectators came to see were held in the cruise ship port near the Fort Young Hotel in the capital city of Roseau. The races were short and punchy but even back then, Kerry yearned for greater distances, further exploration and challenges that would push his boundaries. A few decades later, that vision was rekindled by an encouraging Wes. Wes, who had been solo paddling during most of his time in the Caribbean was more than ready to partner up with another kayaker of decent skills, and a similar mindset.

With regular training, location scouting and two prior circumnavigation attempts, the third time really was the charm as they left from Soufriere on August 28th, 2021 loaded with safety gear and hydration and nutrition supplies. They had learnt from their second attempt that hydration management was key and so paddled in the early mornings to avoid the brunt of the midday and afternoon sun. 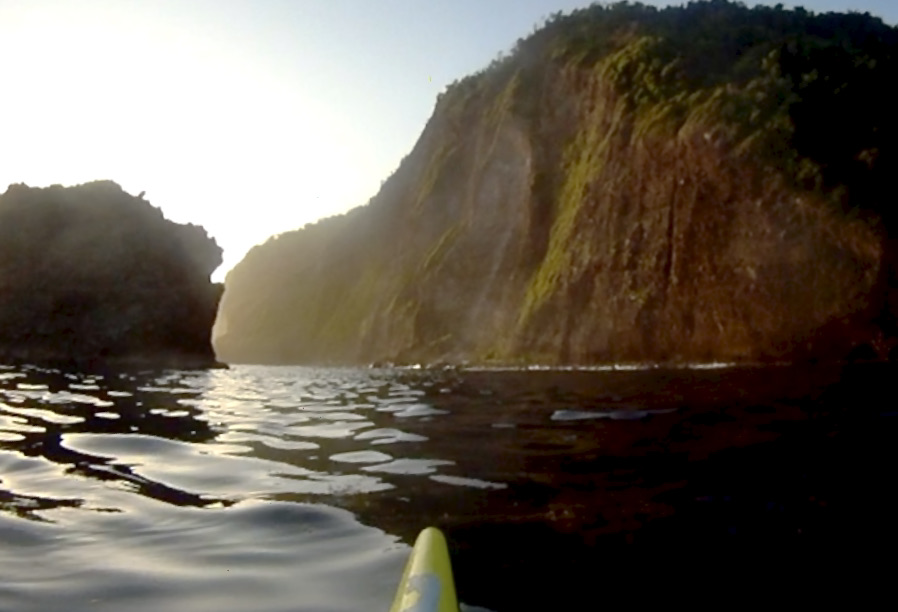 Dominica is not called the “nature isle” for no reason. After leaving Sourfreire, Wes and Kerry headed north along the Caribbean coast and then south along the Atlantic side. Keeping them company were regular turtle appearances, what looked like a gliding shark’s fin, and an incredible show of jumping dolphins. As they rounded the northern tip of the island into the Guadeloupe channel, they witnessed steep windswept cliffs and two waterfalls spouting pristine water into the sea.

While nature provided their entertainment, it also ensured they were physically engaged. At times they found themselves battling opposing currents, rebounding waves refracting from the cliffs and heavy surf during shore landings and departures, which, unfortunately, claimed a camera with most of their expedition footage. Yet, when the kayakers rounded the southernmost point of Dominica to return to Soufriere, they had smiles on their faces as friends onshore greeted them with excited cheers.

The journey as a launchpad

For Wes and Kerry, this circumnavigation is not solely to fulfil their own desires. They are using the awareness of their trip to inspire the local youth and launch the Soufriere Outdoor Centre. Their vision for the centre is for it to be a place where persons in the community can enjoy paddlesport 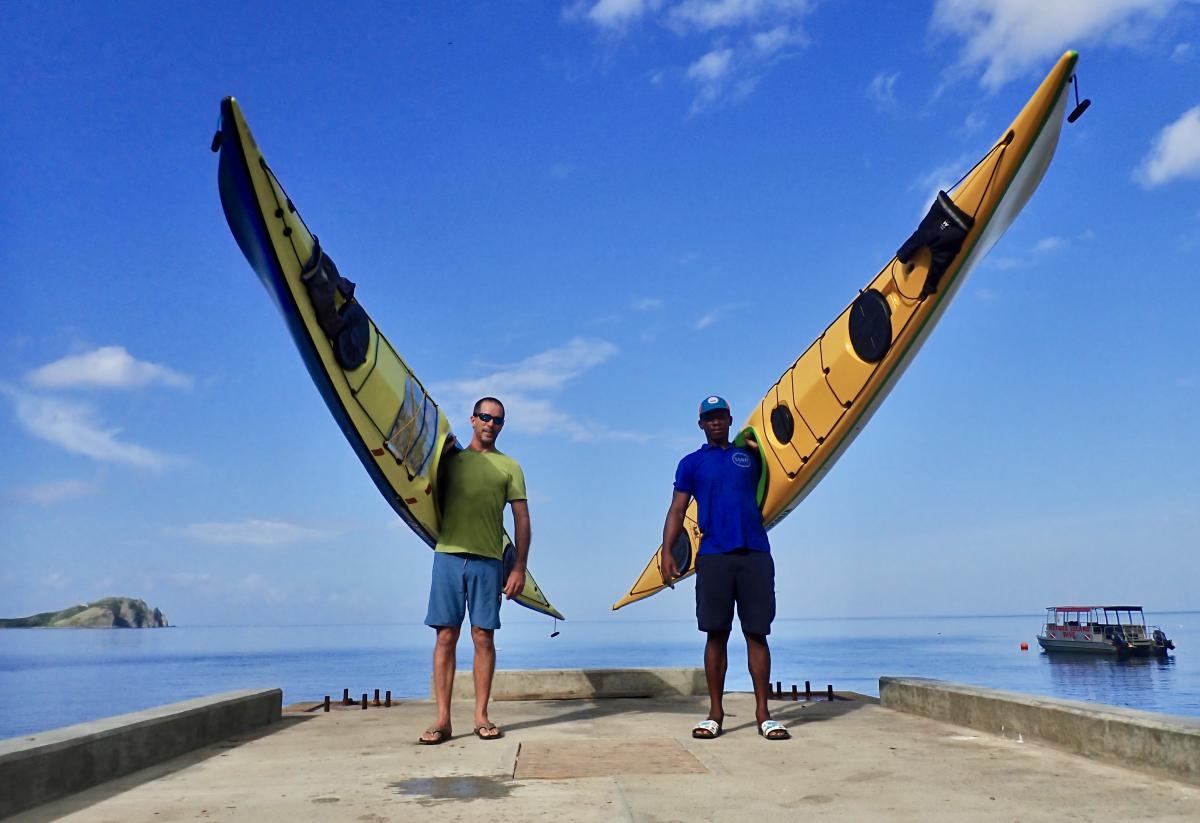 membership and where groups from overseas can be based for week-long trips and expeditions.

With COVID-19 impacting tourism, the local community is the initial target market. Already, persons are requesting kayaking sessions whenever Kerry posts on his social media. He and Wes have additionally been working with a group of young Soufriere boys to get them skilled in kayak paddling techniques. They also intend the outdoor centre to be a hub of cultural and knowledge exchange given the kayaking tradition of the Kalinago people, who still reside in Dominica up to the present day,

Wes describes Soufriere as having the potential to be a mecca for watersports, as scuba diving, freediving and paddlesports are all available there. Kerry assures that the community in Soufriere treats persons who get to know the people there, like family. It is safe, quiet and with entertainment and nightlife for a bit of a good time. With hiking trails, hot springs and good people all around, Wes and Kerry are looking forward to the future of the Sourfrire Outdoor Centre.