From Rats to Riches: Revitalizing Redonda”. 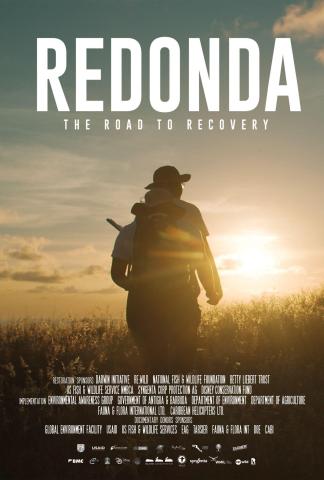 The miraculous transformation of Redonda from a dry barren moonscape to a thriving lush eco-haven showcases the resilience of ecological systems and the importance of conservation efforts within the Caribbean. Located between Nevis and Montserrat, Redonda is Antigua and Barbuda’s lesser-known island. On July 20th under the auspices of The Environmental Awareness Group (EAG), there was a red-carpet premiere of the documentary ‘Redonda: The Road to Recovery’ at Caribbean Cinemas for programme partners, wildlife and invasive species volunteers, and steering committee members. The second viewing for the general public took place on the 21st. Viewers saw Redonda’s entire transformation ‘from rats to riches’ and the EAG’s efforts to have the island become a protected area. The documentary will be available on the EAG’s YouTube channel in the near future.

I had the pleasure of interviewing Johnella Bradshaw, Redonda Ecosystem Reserve Coordinator for the Environmental Awareness Group (EAG). As Antigua and Barbuda’s oldest environmental non-governmental organization, the EAG has been at the forefront of conservation work for over 30 years. The EAG focuses on restoring islands, saving species from extinction, providing awareness through education, influencing environmental policy, and community engagement. “At the core, we just aim to protect what is ours,” said Bradshaw, “… ensuring that we... and future generations can enjoy the environment and the services it provides.” 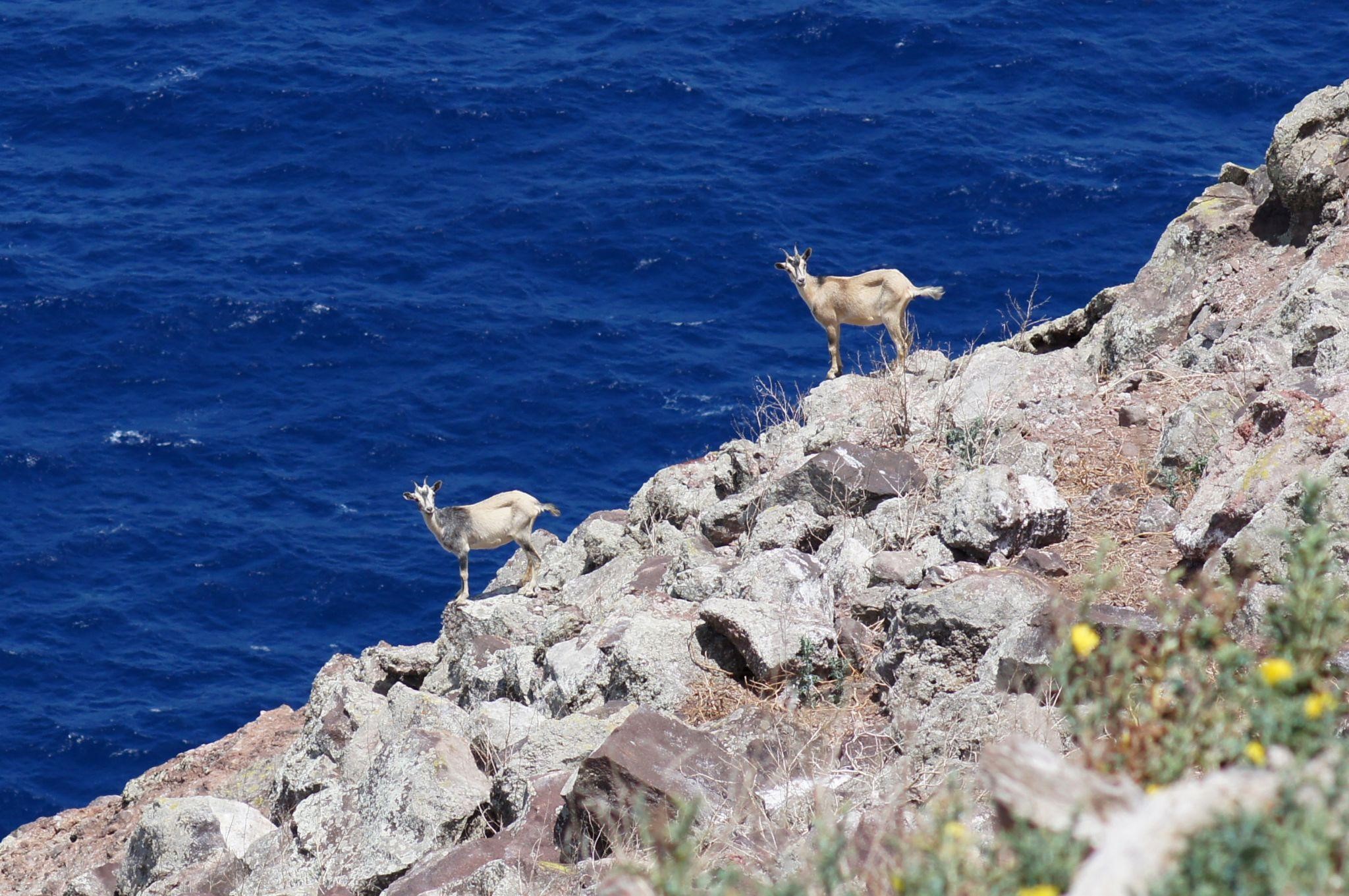 In the late 19th century, Redonda became a guano-mining operations site for phosphates. During this time, the island became subject to deforestation and land degradation. After World War I began, the mining ceased, and Redonda was left to support a large population of invasive rats and feral goats. Consequently, the island was subject to deforestation, land degradation, and erosion. Fast forward to the early 21st century, there were no signs of tree regeneration, and the landmass was unstable. According to Johnella Bradshaw, “the land was largely void of vegetation, rocks were falling down into the surrounding seas damaging the coral reefs, and there was a lot of deforestation and death and desertification on the island.” In addition to this, the invasive species of black rats together with the goats were running wild, eating everything until nothing was left. “The island was dying because of the destruction caused by these invasive species and in 2009, there was this call for action where Redonda was identified as the region’s top priority island for restoration,” said Bradshaw. “This is because of the important seabird colonies; its rare endemic wildlife and its good prospects of success.”

In 2016, a multi-year multi-partnership programme called the Redonda Restoration Programme (RRP) was launched. In addition to the government of Antigua and Barbuda and the EAG, there was support from international partners like Fauna and Flora International, the British Mountaineering Council, and Wildlife Monitoring Management International Ltd. A key component of the project involved the removal of goats and the eradication of rats from the island. 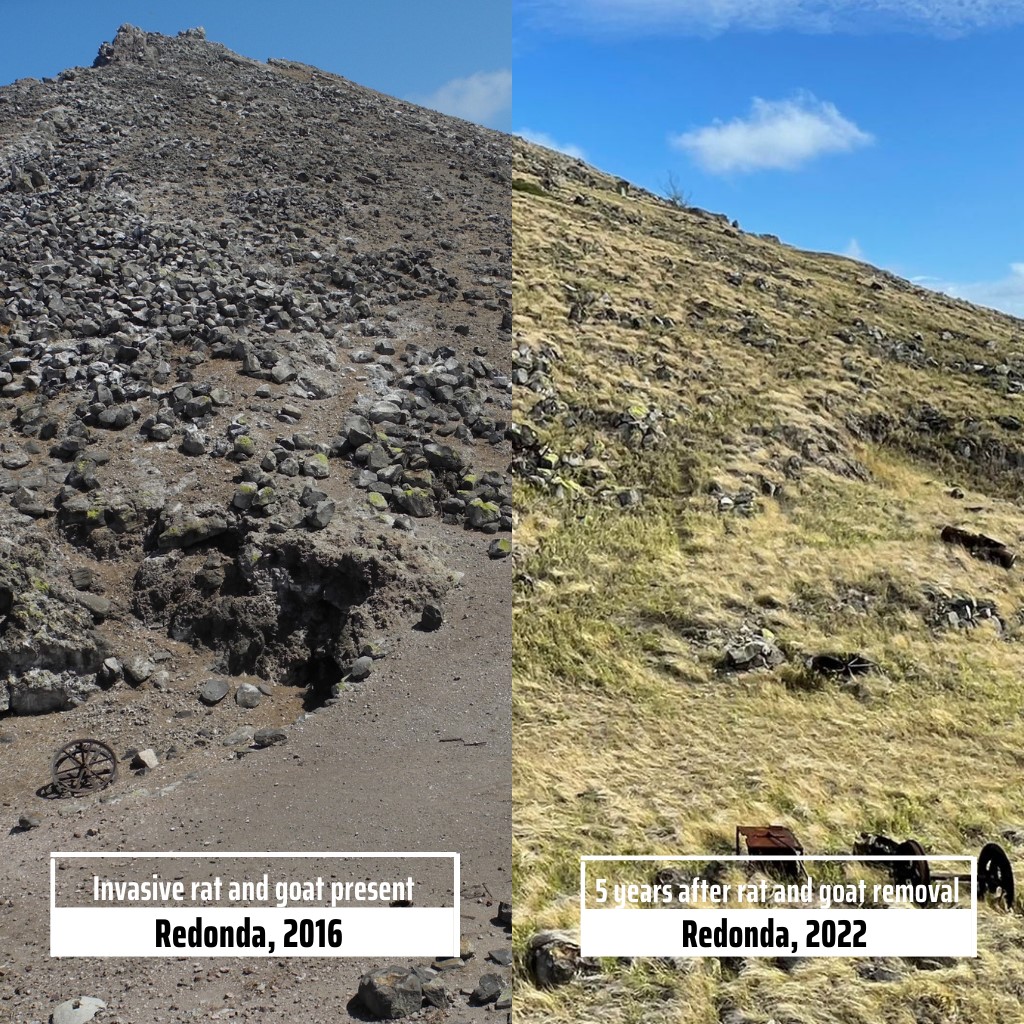 Due to Redonda’s complexities, transboundary factors and its remoteness, “you needed every and anybody working on it,” said Bradshaw. “Redonda’s success was kind of underpinned by partnership because what EAG couldn’t do, then another partner could do, you know, so you had to find everybody coming together to provide their technical skills. And we had to kind of create this innovative way of tackling this issue. So, you know, you had national government agencies, international NGOs, you had donors, you had everybody coming together to provide assistance with this issue.”

Owing to Redonda’s topography, helicopters and mountaineers who scaled the mountain, were engaged to distribute rat bait all over the island, especially in hard to reach areas. Within five months of removing the rats, they started to see vegetation growing back and some of the wildlife species coming back. After a year, there were no signs of rats and in 2018, Redonda was declared rat-free.

“We just removed the problem and we let nature do what it does best,” said Bradshaw. “So, this year kind of marks our five-year anniversary celebrating the power of restoration, hence that feeds into why this documentary is so important.”

In considering environmental protection and conservation, the EAG takes an ecosystem approach. According to Bradshaw, “We just don't focus on one thing. We have to consider the interconnectedness within the environment. What happens on land impacts what happens in the sea. So when you're thinking about conservation efforts, restoration, and wildlife monitoring, you have to think about how these interact with each other and what protocols you're putting in place to monitor and to protect.”

It is not just saying that the threats to the species have been removed, but it is necessary to consider whether the remaining species have adequate food to thrive. In other words, you cannot think about just one part of the picture. You have to look at it as a whole to understand what necessary actions are required. 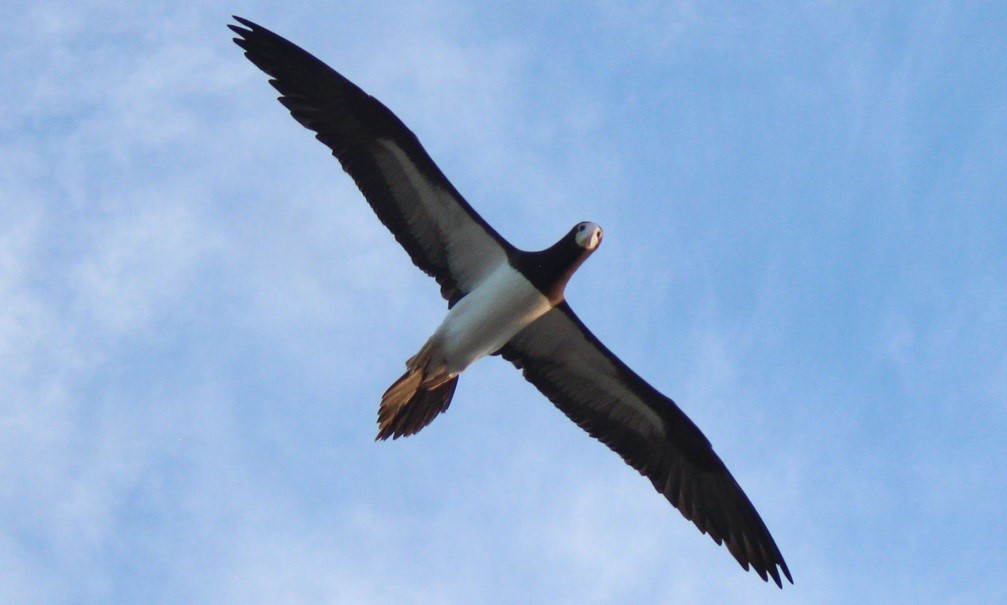 Bradshaw noted that “When you look at what we do here in Antigua and Barbuda and Redonda, and how it impacts the wider region, especially with the work we do in island restoration and eradication, we kind of function as a model for other islands to learn from.”

She intimated that often when we hear about conservation efforts, we don’t think about Caribbean people spearheading them. We immediately think about developed countries like Canada, the USA, and the UK and agencies such as National Geographic, rather than small island states like Antigua and Barbuda. The EAG and its multi-agency approach has laid the foundation for this type of work. “So when we do the work, we are saying, ‘Hey this can be done right here!... By locals; Us leading the forefront.”

This project gives a template for others dealing with invasive species and ecosystem restoration. This project can be what others look to for best practices. Bradshaw thinks that similar protocols for other offshore islands and other conservation programs could be adopted elsewhere. It’s about knowledge sharing, learning from one another and coming together to see how we can all improve and preserve the environment for future generations. 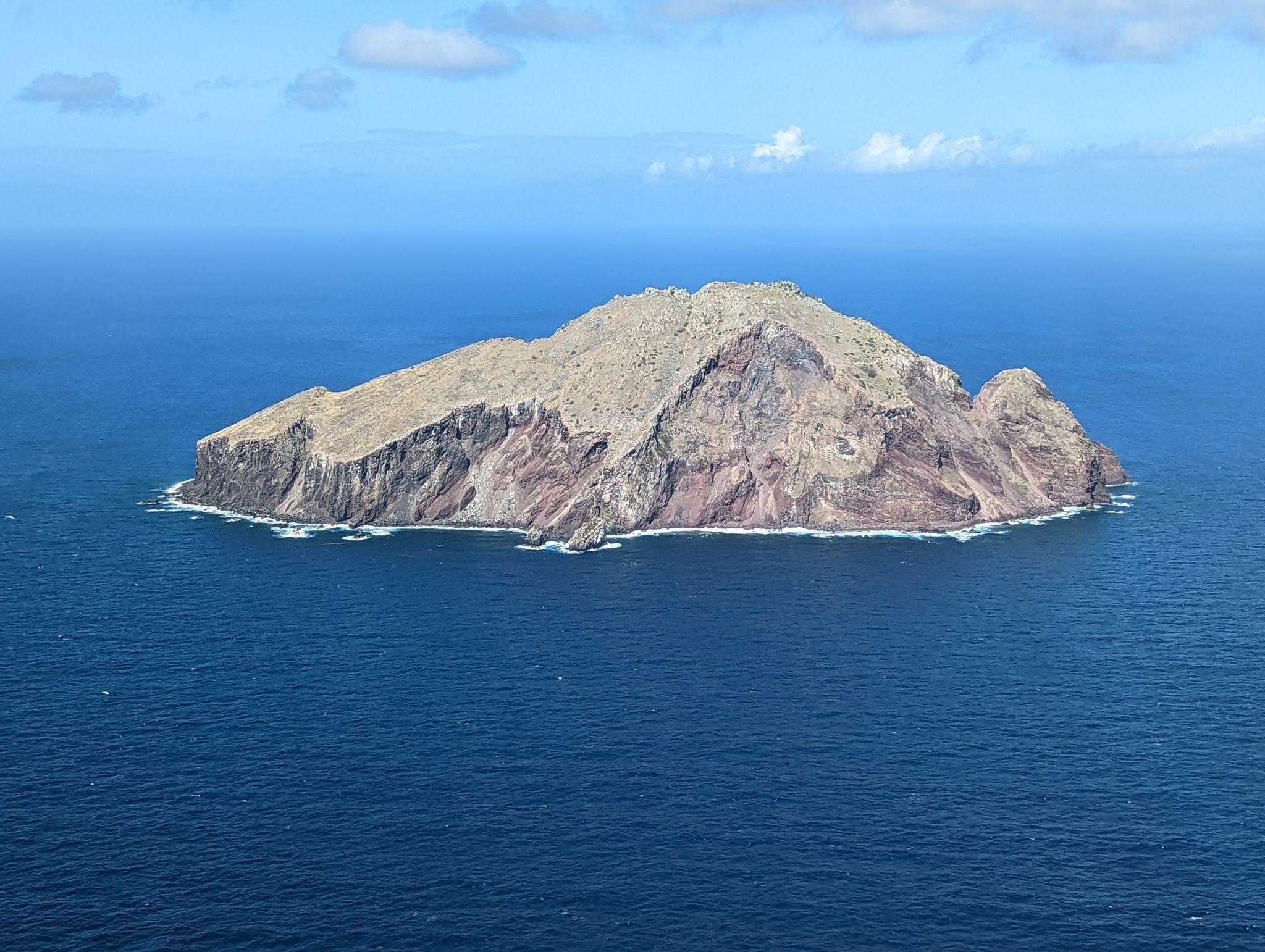 There are challenges at different stages of any project, but raising funds to do the work of the EAG is probably the most significant. Needless to say, in 2020 COVID-19 brought with it its own set of challenges. The Redonda Restoration Programme has transitioned to the Redonda Ecosystem Reserve (RER). The EAG looks forward to the continued support from stakeholders including members of the diaspora.

If you are interested in learning more and becoming involved, follow the EAG on their social media platforms. For those across the diaspora, there are opportunities to volunteer from abroad and send donations. Support the EAG at: https://linktr.ee/EAGAntigua.&nbsp;