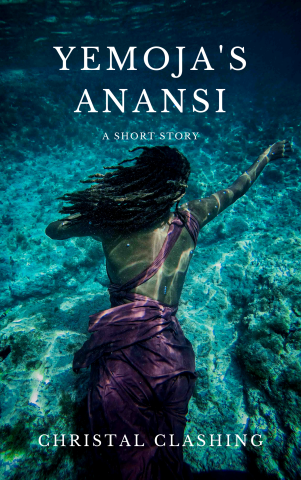 Earlier this year, I wrote a book. A very short book that’s only available on my website as an ebook but I wrote it nonetheless. I’m proud of this book, short as it is because it’s the culmination of several years of failed attempts at creating a creative piece of work around my love of the water and my relatively recently found love of freediving.

Freediving is diving into the depths of the water with just one breath. As intimidating as it may seem at first, it was where I found my bliss after a rough summer in 2019. I had gotten into freediving because I wanted to produce a video show about freediving and local ocean conservation efforts in the Caribbean. Although that never took off, two years later, my book Yemoja’s Anansi did.

I was already working on another book when the idea for Yemoja’s Anansi came around. What started as an assignment for a free online course I was doing, transformed into a piece of creative work that took on a life of its own. 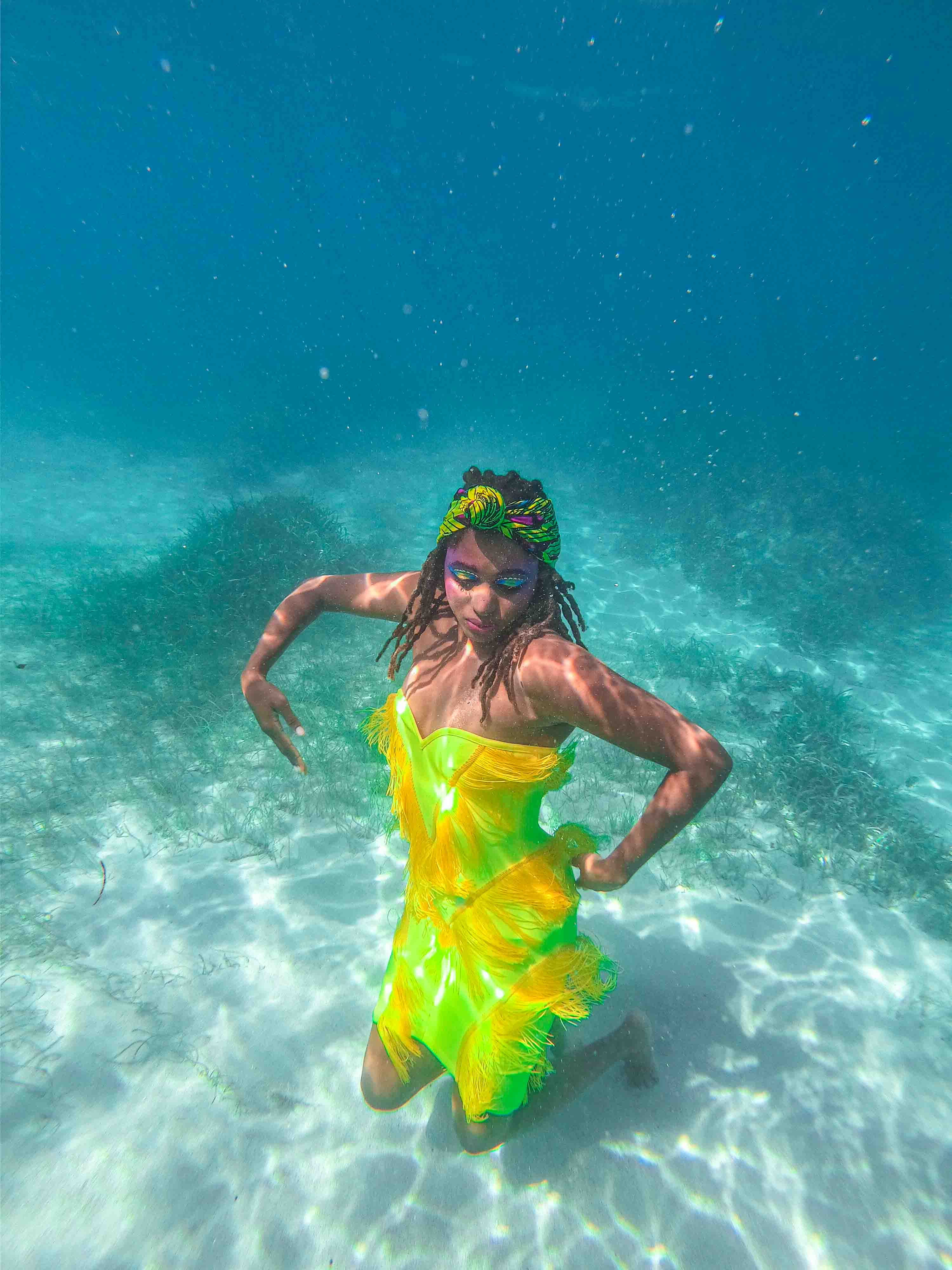 Yemoja’s Anansi is a tribute to Afro-Caribbean pre-colonial ocean culture and honours the passage of Anansi folklore from Africa to the Caribbean on the slave ships that forcibly transported much of the Caribbean population’s ancestors.

It’s a short story that reimagines Anansi stories and weaves in stories of the West African water goddess, Yemoja, in my way of reckoning with my cultural history and identity as an Afro-Caribbean woman that loves the water.

Finding my creative self

I wrote Yemoja’s Anansi between September and December 2021, just as I was starting to wrap up loose ends in preparation for my move to Australia. It was as if the Yemoja’s Anansi project was a way to bookend my latest stint in Antigua that started in 2017 which is when I returned home from living in Costa Rica.

Those 4 years between 2017 and 2021 were when I was able to re-find myself, build an inner strength that was previously stripped away and re-find the ocean as my home. As I wrote Yemoja’s Anansi, little pieces of the various parts of me -  soft, strong and resilient -  were woven into the personalities of the two main characters of the story.

Helping me to bring the story to life was the creative team I assembled, a make-up artist/art director, Aarati Jagdeo, and a young photographer, Rio Telamaque, both from Antigua. I had decided from early on that the story needed to be illustrated with underwater photos depicting the emotional tone of a specific chapter.

So for the three months of the project, the three of us coordinated our schedules with the waves, wind and the sun and got to shooting 12 different scenes to correspond with the 12 chapters of the story.

On the first of February 2022, we published the ebook version online on my website with positive reviews.

The start of the quest

While the print version is still to come, I’ve had the chance to reflect on what writing Yemoja’s Anansi meant to me and how it’s put me on the trajectory I’m on while in Australia.

Writing Yemoja’s Anansi was me coming to terms with my Afro-Caribbean identity which is an anomaly in many watersports circles around the world. It is this love and connection to the water that has in part gotten me into the PhD programm I’m engaged in at the moment in Melbourne, which is also water-related. 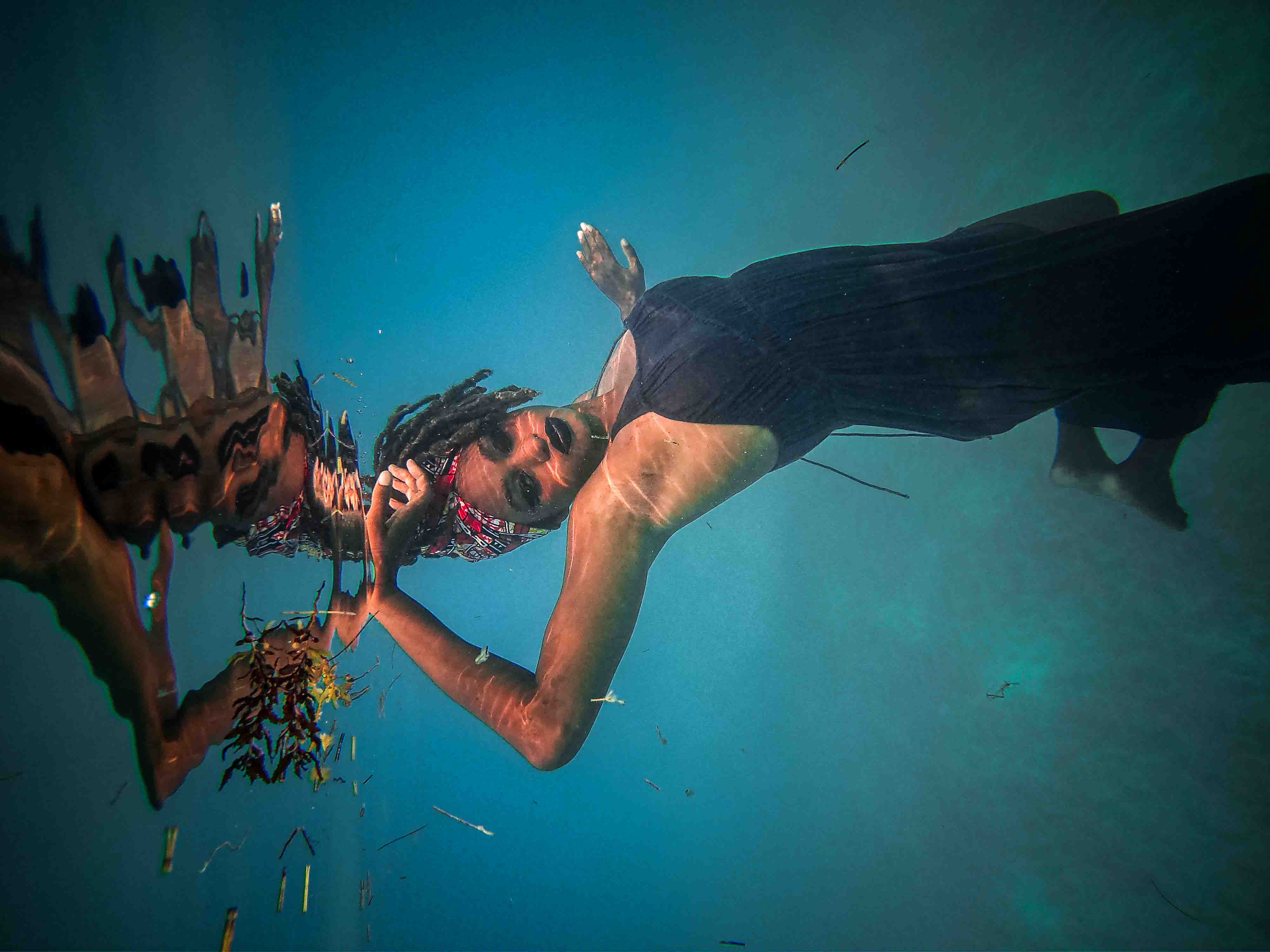 However, being here in Melbourne, I realise that identity has now led me to pursue a quest to better understand Indigenous relationships to play in the water so that I can better understand pre-colonial relationships to waterscapes across various pockets of the world. It is through this quest that I hope to find more inspiration for more stories that help us question histories that we’ve been taught and re-imagine ancestral stories that have been almost completely erased.

So, while Antigua was where I found and began to solidify my creative self, Australia is where I’m starting to forge my creative quest.