The state of cryptocurrency in Antigua and Barbuda 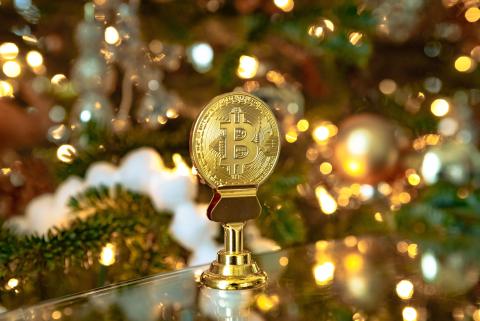 The frustrating state of banking in Antigua

“I’ve been refused by Scotiabank Antigua a wire of £1600 because there was no supporting paperwork,” complains a local online betting company owner in Antigua regarding a personal transaction. 10 years ago, this wouldn’t have been the case. Transactions under US$10,000 wouldn’t require invoices or proof of a transaction’s nature. However, in the last few years, the US has made banking in smaller nations like those of the Caribbean difficult. Greater ‘de-risking’ measures have meant that there is a mountain of paperwork for international transactions of any size so that Caribbean banks can ensure compliance with US bank standards. Mis-compliance means hefty fines for the Caribbean banks.

With so much information required to open a bank account, move funds between banks, and with such little return, if any, banking in Antigua is not a particularly encouraging experience. That holds for working professionals, to returning students to the regular joe. This results in a large population of Antigua being frustrated and in many cases, unbanked.

The potential solution of cryptocurrency

Here enter cryptocurrencies. Offering less regulatory hoops to jump through, it offers a faster funds transfer experience that is arguably more secure than traditional bank transfers. However, entering into the world of cryptocurrency isn’t straightforward and is often an enigma -  a concept that is heard about but isn’t understood. That is certainly true for the majority of the local population in Antigua. Yet, somehow, Antigua has become a place of residency for two of the major players in the cryptocurrency world, Roger Ver of Bitcoin Cash and economic envoy for Antigua and Barbuda, Calvin Ayre, who backs Bitcoin SV.

Understanding the evolution of the bitcoin currencies

It is helpful to understand the various bitcoin currencies through a church analogy. Bitcoin, which is the world’s first cryptocurrency formed in 2009 by Satoshi Nakamoto (who has never been identified), is like the main church. Bitcoin Cash, came about in 2017 when Roger Ver disagreed with how Bitcoin was being used and started his own version of Bitcoin, which he named Bitcoin Cash. Much like when there is a disagreement in a church and then a new church is formed with breakaway members. Then Calvin Ayre’s associate Craig Wright had a disagreement within Bitcoin Cash and broke away and formed another currency in 2018 called Bitcoin SV.

The purpose of each bitcoin currency

At present, the various Bitcoin currencies are fighting to see which will establish the most traction among the hundreds of cryptocurrencies out there. To understand the difference between the three, Bitcoin can be thought of as digital gold. You can invest in it and it holds quite a bit of value but it’s not particularly meant for everyday trading, just as you wouldn’t go around making purchases at a coffee shop with bars of gold. Bitcoin Cash, instead, fulfils this function of easy, everyday transactions. So much so that in Antigua, at the time of this article’s publication, there are 49 businesses that accept Bitcoin Cash. Bitcoin SV instead is used for Calvin Ayre’s enterprises such as his Antiguan-based call centre and online gaming company, Bodog.

In Antigua, those who are trading in cryptocurrency are computer scientists who are intrigued by the technology behind cryptocurrencies, called blockchain. Then there are those in the financial sector who are ‘insiders’ by virtue of understanding the financial world and the financial playing field. Additionally, those who work predominantly online are also starting to show interest. This still represents a fairly small percentage of persons in Antigua but it is larger than one would think.

Antigua, as backward as it might seem with all the financial regulations and hurdles to jump, is also a forerunner in many financial aspects within the OECS. The use of cryptocurrency locally highlights that. While it may be a while until cryptocurrency becomes mainstream if at all, it’s unlikely to disappear entirely. Still in its infancy, this is possibly the best time to get educated on the potential of cryptocurrency and the technology behind it, as it’s on track to revolutionise the world.